The old Colossus stands forgotten,
a statue stained
her copper gown besmirched in green
stained in verdigris of poor and exiles lost:
the trafficked girls destined for the seedy rooms
of underground bordellos
where dreams are raped,
the toddler separated from his parents,
the drug mule dying in an overdose
from her cargo bursting,
the rejected boy from Idlib
who saw his brother dying —
choked from noxious gas.
The old Colossus turns her back
to these who lost their life in nine eleven.
to these, the homeless, tempest-tost,
and cries. 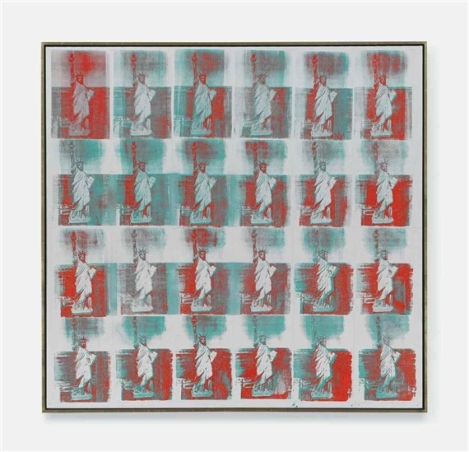 Statue of liberty by Andy Warhol

Today we Amaya hosts a prompt on 9/11 at dVerse and the task is simple (and hard) simply go back to earlier entries you have made on this date and write something using phrases or word from a previous entry. I found one from 2013. I think it ties back to those events, and looking back it has really changed the way we see the world and how we treat each other.

and some quotes from The New Colossus by Emma Lazarus put on a plaque on the Statue of Liberty.
—
September 11, 2018

32 responses to “The old Colossus”