We, your shadows
follow, never seen
but ever near,

our bellies swelling
from your garbage
always growing

breeding mischief
in your bedroom leaving
fleas and feces

we are hated, hunted
but we are winners
know your darkness well. 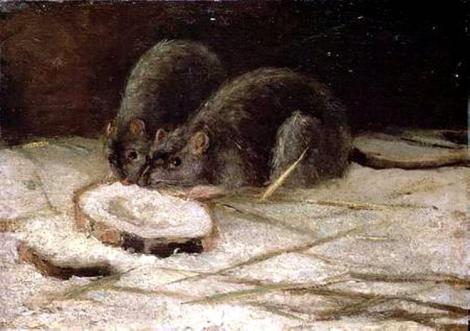 Today at dVerse, Kim, gives us two poems one by Silvia Plath called Mushrooms and the second by her husband Ted Hughes named Thistles, they have some similarities in that they depict less desirable growth and are written in tercets. She challenge us to write inspired by one or both of the poems, something along the same lines. I cannot thing think of anything worse than rats.
—
November 26, 2019