Recessed inside his library a set of notebooks rests. They are neither quite forgotten nor properly read. The author is Godefridus Messala, once librarian before the fires of the second library.

The aged librarian diligently tries to interpret scribbled latin, making sense in recipes, theological discourse and observations of dying skies when a drawing hits the floor.

It depicts machinery, cogs and wheels with springs and pendulums. He polishes his pince-nez to read the miniscule scrawls:

He imagines marching boots of war and hides the blueprints carefully. Humanity is not prepared yet for supplies of endless energy. 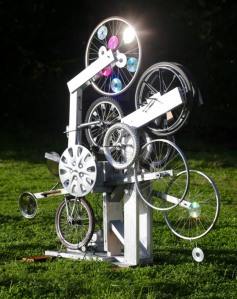 The wheels made me think of a perpetuum mobile, as a physicist I’m well aware that such a machine cannot exist as it violates the laws of Thermodynamics, yet I could not avoid thinking of the implication of such an invention. For those of you who follow my poetry I have created a persona called the aged librarian who I have thought might be fashioned into some kind of book of poetry and prose sometimes in the future. Check it out in the menu of my blog if you are interested.

Friday Fictioneers is a library of short fiction too, and our not yet aged librarian Rochelle sets the system by giving us a prompt and write the example.

84 responses to “The danger of inventions”

My writing appears in 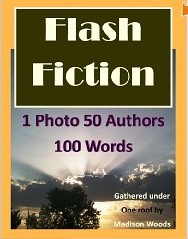 50 authors write on the same picture

Open to give and receive constructive criticism