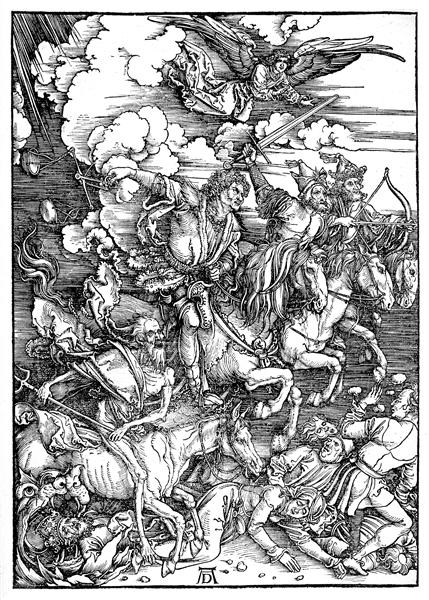 ← →
The Four Horsemen Of The Apocalypse, Death, Famine, Pestilence And War by Albrecht Durer

Kerry wants us to play with annotations at toads. My idea is two parts with a simple poem, and footnotes for every line.
—
March 31, 2017