Time is taught
as con-
cept; a tick-tock clock
abstraction hard
to keep since
synchronicity
never can
account for
time it takes
to walk from
A to B, and thus
I wonder if
space-time
was invented
as Albert waited
for Mileva
running late. 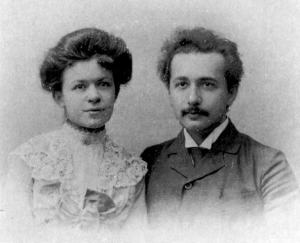 Today Lillian hosts at dVerse Poetics, with the subject of time. I could of course not avoid the concept of space-time, and did this little poem that’s meant to be fun.
—
2016-12-13

27 responses to “Waiting in spacetime”